Welcome to March’s round-up of key changes and new features coming up in Office 365, SharePoint and our Kira intranet platform.

March is a little quieter than normal, but there’s still lots to cover. There’s a chance to try out Microsoft’s latest collaboration technology, get some empirical evidence on how your organisation is adapting to its digital workplace, discover the new Office app, and more.

Prefer a video version? Here’s this month’s round-up video on our YouTube channel:

Thanks to our team members James Mackerness, Maria Botha-Lopez and Stuart McLaughlin for their contributions to this round-up.

If you would like to find out more about these changes, or would be interested in help getting more out of Office 365, get in touch with CompanyNet.

Get a preview of Fluid Framework

A few months ago, we covered Fluid Framework, Microsoft’s new technology which enables simultaneous collaboration across multiple apps with an effectively unlimited number of colleagues.

Now Microsoft have released a demo where you can try it out for yourself. Fluid Framework Preview is a website where you can create pages collaboratively with your colleagues, combining interactive text, tables and lists.

The technology will really come into its own once it’s integrated with Office apps like Word and Microsoft Teams. The vision is that you’ll be able to copy and paste live, interactive elements between apps, and keep them all linked together.

If it’s been enabled on your Office 365 tenant, you can try out the Fluid Framework Preview for yourself.

Part of the flood of Microsoft 365 announcements coming out of Microsoft’s Ignite conference last year was a feature called Productivity Score.

We didn’t report on it before as it wasn’t clear when the feature would be available, but it recently started rolling out in preview, so let’s take a closer look. 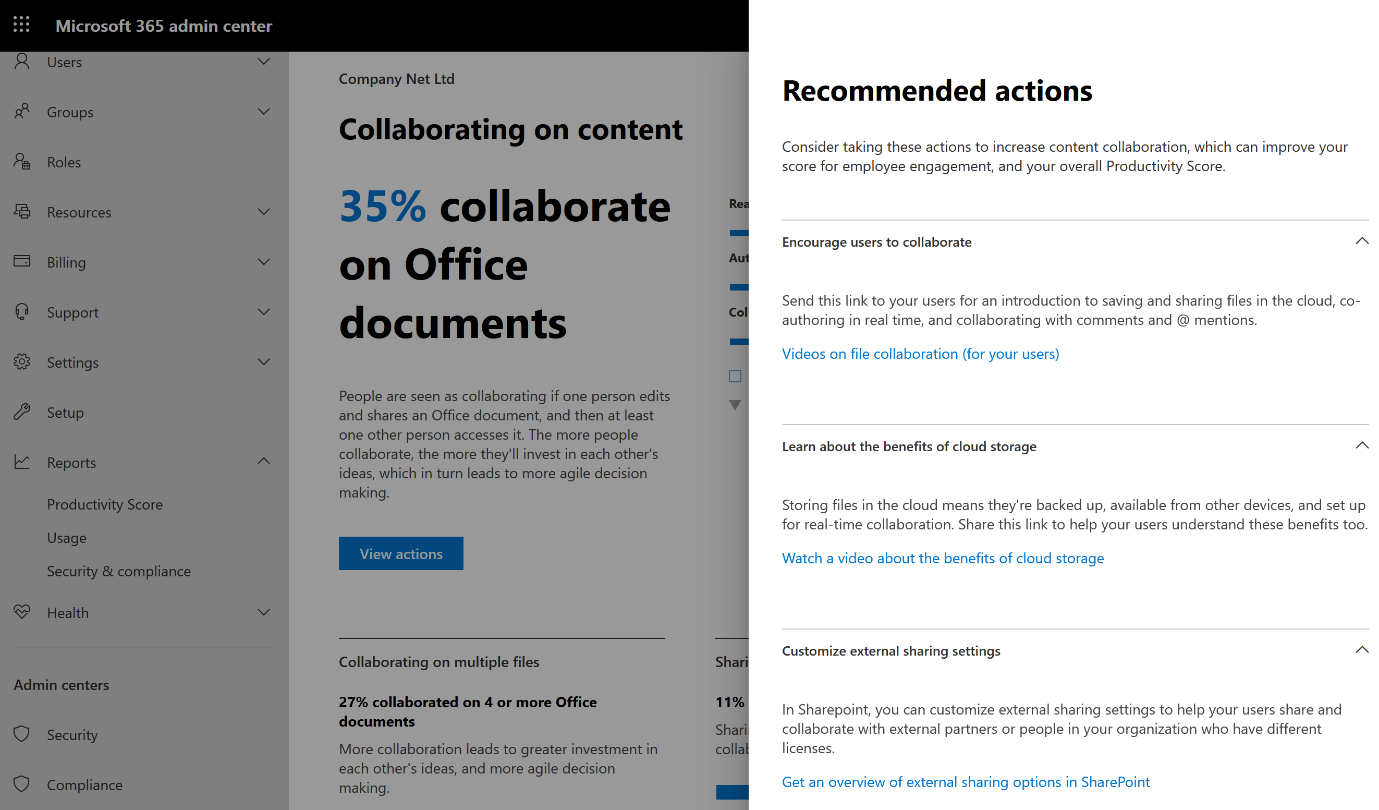 Microsoft Productivity Score provides insight into your organisation’s use of Microsoft 365 across technology and user metrics. The data it provides can help you with change and adoption efforts, and help you understand where investment is needed to reinforce change or proactively address issues.

The Productivity Score is designed to provide visibility of how people are working at an at an organisational level. More than just a report, the service will provide detailed metrics and benchmarks, and also actionable insights about what your organisation needs to prioritise next.

It’s built into the Microsoft 365 Admin Centre, and uses data generated by your use of the platform, processed by Microsoft’s AI.

The product was launched in Preview at the start of this year, but pricing or general availability has not been confirmed. Productivity Score is likely to be an add-on package for existing Microsoft 365 subscribers.

Android and iOS users can now download the Microsoft Office app, which combines Word, Excel, PowerPoint and other productivity features into a single app.

The new Office app has all the capabilities of the existing standalone apps (like Word and Excel), but Microsoft say it will take up less space on your phone than installing all the apps separately.

The standalone Word, Excel, and PowerPoint apps will still be maintained by Microsoft, so if you prefer to use there’s nothing to worry about. You can even install the new Office app alongside the standalone apps without any conflicts.

In order for the new Office app to work, your O365 administrator may need to enable it specifically using InTune. Admins may also want to ensure data is protected by app protection policies – you can find out how to do this on Microsoft’s website.

One of the big advantages of Office 365 is the potential for integration between apps. One new example of this integration in action is Yammer messages being embedded into Outlook.

If you have email notifications turned on in Yammer, messages which are relevant to you will now appear as interactive emails in your Outlook. Within Outlook, you’ll be able to select the Yammer message as if it’s an email and interact with it as you do in Yammer. Any replies will also appear as replies to the original post in Yammer.

This is just the start of further integration. Soon, ‘@-mentioning’ someone while you’re reviewing a document in Word, Excel or PowerPoint will send them an interactive email featuring your comment and the relevant part of the document. Teams integration is also coming soon, though we currently know less about what that’ll look like. 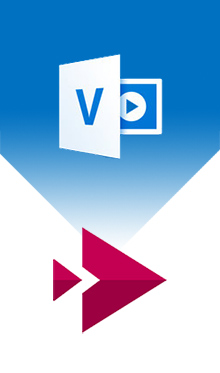 Finally, a quick update on video in Office 365. For a while, Microsoft has supported two streaming video platforms: Office 365 Video and Microsoft Stream. Now Office 365 Video is being phased out, with any videos stored in the legacy platform set to be migrated to Stream.

There’s an option in the Admin Center to manage this transition, but ultimately it’s easier to allow Microsoft to perform the migration automatically – the only things you will lose are people tagged in the videos being migrated.

If you are using any of the old Office 365 Video web parts in your intranet or SharePoint sites, you should replace them with the fuller-featured Stream component. Note that if you use CompanyNet’s Kira intranet, you will already be using Stream and don’t have to worry.